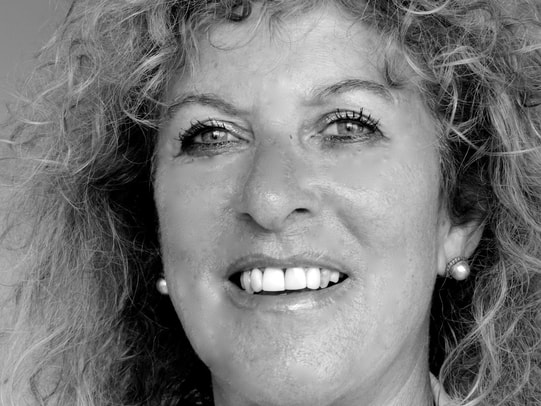 Hands on Healing
Zoë works through hands-on healing to bring the body and mind back into good health.  The effect of healing on pain is instantaneous and is felt through a deep heat.  One treatment is often sufficient.  However, the history and the length of time that a condition has been present determines the number of treatments required.  Not only does Zoë treat minor complaints such as headache or backache, but she also covers more serious illnesses such as cancer and diabetes.  Clients can also achieve great benefit from hands-on healing when sufering from bereavement, stress or simply low energy levels.

Intuitive Guidance
As an intuitive, Zoë is in tune with this earthly life but she is also able to link into higher sources of energy.  Her guidance is through the angels, to help you understand elements of your past, present and future.  Zoë can show you the way to work wth your angels to enable you to improve your life in many ways.

My Experiences with Clients
In Bahrain a desperate mother came to me with her son. She said that she had heard of me and would try anything to make her son better. He had just come out of hospital in London where the doctors said that there was more or less nothing else they could do for him. He was eight years old but had a dwarfed body of a four year old. He also had chronic asthma, eczema and a bone disorder. I treated him for several months and little by little he was improving. Two of the doctors who were treating him in London were visiting Bahrain for other work when they heard that I was helping the boy. They both came to watch me at work, and some time later decided to leave the boys treatment entirely to me. The boy started to lead a normal life, his symptoms disappearing one by one. It was wonderful to witness such a recovery.

A twenty-year old man came to me with bone cancer of the leg. He had already had pins and plates inserted and had suffered numerous operations.  The doctors had come to the conclusion that his leg should be amputated.  I treated him for quite some time and when he visited the hospital to discuss the proposed amputation, the doctors found no trace of cancer left in his leg at all. He is now leading a normal life. The doctors said that it was a miracle.

One lady came to me with neck pain following a car accident that she had been in many years ago. The medical treatments had not helped her. I gave her one healing only and the pain went within half an hour. She has remained pain free and has never felt the need to come back again.

There was a lady in Singapore who, for many years, had been desperately trying to have a baby and as a last resort she came to me for help.  I gave her four or five healings and it was not long before she fell pregnant with twins.

One lady came to me with neck pain following a car accident that she had been in many years ago. The medical treatments had not helped her. I gave her one healing only and the pain went within half an hour.  She has remained pain free and has never felt the need to come back again.

I treated an eighty-two year old lady whose hands were crippled with arthritis. Apart from my healing, I gave her a mixture, made up according to my own formula, to massage into her hands. Within six weeks, she noticed an improvement and the pain had eased. Over the following year her hands gradually improved, with no deformities and no pain. She lived into her nineties and, right up until the end of her life, her hands looked like those of a young woman.

Of course the work I do is not just down to me alone. It is the strength and faith of the client along with higher powers; I am only but a tool.

With my intuitive guidance, I have helped and encouraged many and guided them along their path of life,  always aiming for their wellbeing, happiness and success.

My mission in life is to help as many as I can who cross my path. I am blessed and honoured to be a vessel and a tool to help man and animal kind.